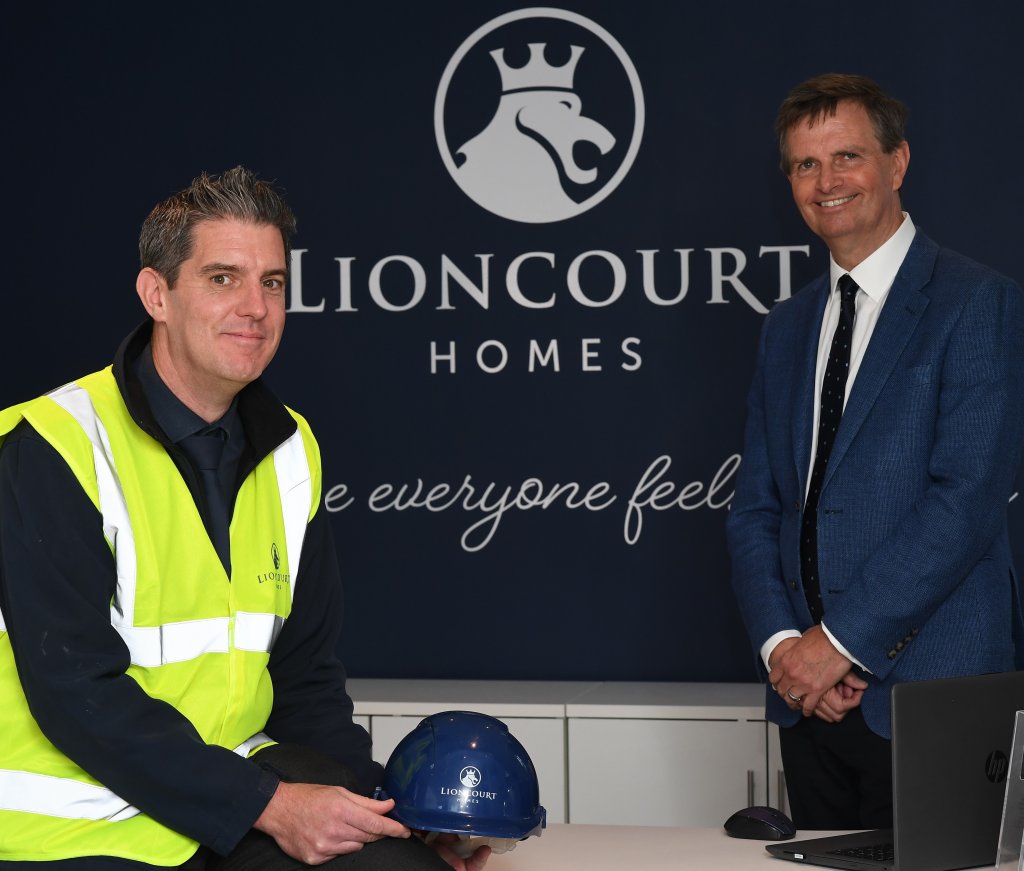 Lioncourt Homes Senior Site Manager Mark Follos has been successful in reaching the national final of the NHBC Pride in the Job 2022 Supreme Awards in London.

Mark was announced as a regional winner for the West Region of the country in September last year at the Pride in the Job Awards in Birmingham, after scooping a Seal of Excellence Award on the evening. This success is a great reflection of all his hard work and professionalism at The Paddocks development in Priorslee, Telford, where he has been ably supported by Assistant Site Manager Ben Hingley.

The Supreme Awards are being held at the Park Plaza Hotel in London on Friday, 20th January, where Mark will go up against the other seven winners of the regional awards throughout the UK.

The Pride in the Job competition has been running for over 40 years and forms an important role in driving construction quality. The awards are highly coveted and are won by the very best site managers in the industry.

During the initial stages of the judging there were approximately 10,000 sites that were assessed and these sites were then reduced to select the regional winners throughout the UK, before announcing the supreme winners at the national final. These awards are considered to be the highest in the housebuilding industry for demonstrating the quality of new homes being built.

Lioncourt Group Chief Executive, Colin Cole, commented, “I am thrilled for both Mark and Ben, who’s hard work and dedication at our development at The Paddocks in Priorslee has clearly been recognised by the NHBC.

Quality is at the heart of everything we do at Lioncourt Homes – It is a fantastic achievement for Mark and his team to be nominated for the National Supreme Awards, which echoes the ethos of the business.”

Lioncourt is a 5 Star Quality Housebuilder and has held this status for 9 successive years. This latest achievement further endorses the quality reputation of the Lioncourt Group. 5 Star Quality Status requires over 90% customer satisfaction and is based on direct and independent customer feedback to NHBC, and is awarded by the House Builders Federation.

Lioncourt Homes is building new homes throughout Central England with a range of one bedroom apartments through to 5 bedroom executive homes. For more information about our developments visit www.lioncourthomes.com.